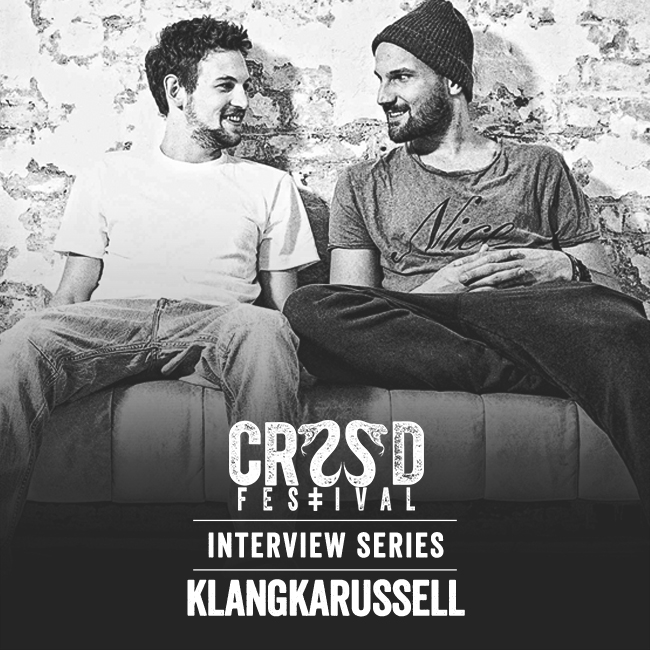 With CRSSD Fest only 10 days away the excitement is getting real. We looked up pictures of Waterfront Park in San Diego and it looks f*cking amazing! You can grab festival weekend passes here! And right up until that glorious weekend we will be introducing you to some of the many promising acts lighting up the stage next weekend. Next up on our interview line up is Austrian duo Klangkarussell.

Some of you might recognize them from previous posts on the blog, but this time we get a bit more personal and get to know them a bit better. Last year was a big one for them with a slew of stunning tracks including the euphoric anthem ‘Netzwerk’ and one of our favorite remixes of Lane 8‘s “The One.” Their special blend of jazzy inflected house is always a source of good vibes and endless body swaying. The duo has some exciting new projects brewing this year and a summer tour to fill up their schedule as well. Get to know this burgeoning twosome after the jump!

IHOS: Tell us a little bit about your musical influences.

Klangkarussell: Both of my parents were musicians in a traditional Austrian folk band and I grew up playing the trombone and an instrument called the hackbrett, but I got into dance music when I was in high school and listened to people like Paul and Fritz Kalkbrenner. Adrian used to go and play drums at the studio his dad owned and then started making drum and bass. We draw from lots of different kinds of music. I’m a big Bob Marley fan, Adrian likes to listen to a lot of  jazz and producers like Kaytranada.

IHOS: Describe your writing process. How do you get started on putting a track together?

K: Now that we live in different cities the process has changed. We tend to start bits on our own and then once it starts to take shape we send it to the other to work on.  We go back and forth a few times and then we get together to finish it off. We have recently started working on our new album and have taken 2 writing trips to England, its been cool getting back into the studio together.

IHOS: You’ve had a pretty big couple of years, garnering more and more followers as the days go by. Does this put more pressure on you guys to put out new material?

K: Our album is scheduled to come out in the US this Spring and we are working on some new things now, but our plan is to really focus on getting the next album together after the summer run. We think that we were quite fortunate because ‘Sonnentanz’ really became popular because of the people. Our fans made it what it is, we didn’t have a big strategy and press push behind it. We uploaded it onto our soundcloud and it naturally developed into this huge hit for us. That really stands out and we think it allows us to make music without feeling any pressure. We only want to put things out that we believe in and trust that our fans will stand behind us when we do.

IHOS: “Sonnentanz” and “Netzwerk” continue to rack up plays online, does this reaffirm your music making passion?

K: No, making music has never been about getting loads of plays or followers. We think that’s a really horrible outlook, and if anything, focusing on that would probably take the passion out of it for us. We are fortunate that people like to listen to the music that we like to make. Of course it feels good to see the stats go up but it hasn’t really changed much about how we feel about making music or what we make.

IHOS: CRSSD is coming up soon, is this the first festival you play here in the states? And what do you two have planned for the show?

K: Its not the first festival we’ve played in the states, but it’s the first time we will be playing in San Diego. Everyone has been telling us that it will be nice and sunny which sounds great to us because we are coming from Austria where the weather will still be very cold.

IHOS: What can we look forward to seeing from you in 2015? Any new collaborations or projects?

K: Our album is coming out in the US this spring and so we have been putting the finishing touches on that. We are going to be touring pretty consistently up until the end of summer and then are getting back into the studio to make our next album. We are also looking to release an EP which will be a bit different than our other releases thus far. We cant really say too much about it right now but its shaping up to be an exciting year.

IHOS: In your opinion, what are five tracks that are essential to every playlist or set?

Sky Ferreira- You’re Not The One (Cid Rim Remix)”

IHOS: How do you balance being on the road and having time in the studio to work on new tracks?

K: It’s a really tricky thing to do. It takes a lot of planning and looking ahead which is kind of crazy, we already have our whole year mapped out and 2015 has only just begun. You just have to make it work and take advantage of the free time while on the road. Taking proper time off is really important for us too so that we can reboot and find new inspiration.

IHOS: What do you hope your fans take away from your music?

K: Everyone hears music differently and everyone takes away something different.

It’s a bit like reading where your past experiences play into it a lot. 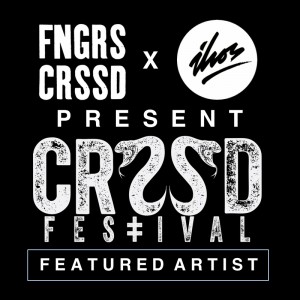