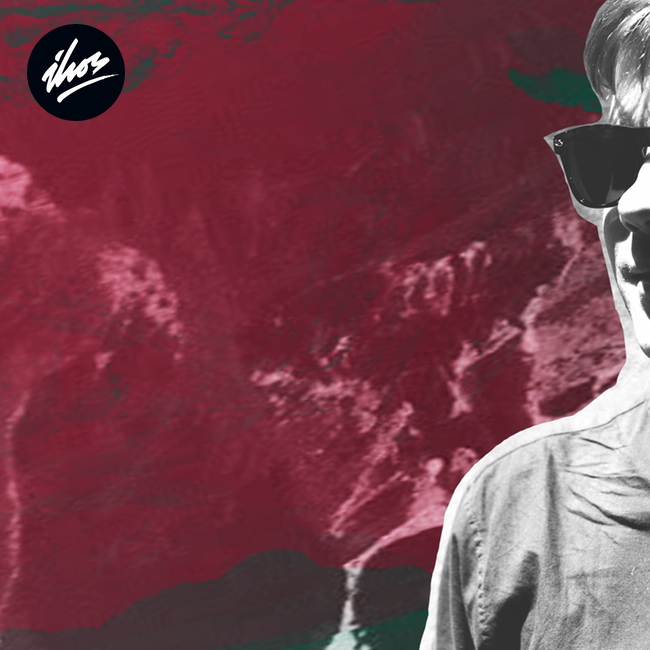 Summer is coming to an end, nights are getting longer and that means more throbbing, pulsating tracks are on their way! The fourth installment in our mix series is finally here and if you are in the mood for some sensual deep house and tech amalgamations then you are definitely in the right place! For “Essential Playlist Material IV” we reached out to promising Swedish producer André Laos who sparked our attention with a killer release about five months ago on the formidable NYC imprint Let’s Play House. Now that he has made a permanent blip on our radar we don’t intend on letting him out of our sights. Once those sweeping emotive house grooves hit your ears you will know exactly what we mean.

The mix is laden full of soulful deep house soundwaves ebbing and flowing seamlessly from one track to the next. We also got a chance to ask him a few questions about the house scene in Sweden, his time at the Red Bull Music Academy, upcoming releases and more. So clear your schedule for the next hour or so while the immersive soundscapes of André Laos take you away. Don’t sleep on this mix folks! Trust us. Grab it for free here.

Check out the interview and tracklist after the jump!

IHOS: So, you’re actually our first international DJ that we’ve had on our summer playlist.  Can you tell us a bit about where you’re from?

AL: Hey. I’m from Gothenburg, Sweden. Or actually from the outskirts of Gothenburg close to the woods. Almost kind of white trash to be honest, but I’ve been living in Gothenburg for 10 years now. It’s not a big city either, it’s like the size of Seattle I think.

IHOS: What was it like growing up in Gothenburg?

AL: It was quite nice actually. Spending a lot of time raging around in the woods and the lakes around the area of Olofstorp (outside Gothenburg). Since there was not so many people around you, could play music really loud. I mean really, really loud without anyone taking notice basically. Me and my twin brother had a rehearsing room in our house where we could play drums and synthesizers all day and all night for as long as we wanted.. at least that’s how I remember it now.

IHOS: Have you performed in other countries? How does it compare to performing in Sweden?

AL: Yes, I’ve been lucky enough to get to play in other countries with my music. That was of course a very distant dream a couple of years ago. It is actually very different to play in, let’s say Germany or France, compared to Sweden. Since we don’t really have any major cities at all (Stockholm being the biggest at 800k). It all depends on the promoter and the environment at the club or the festival I guess. Just came back from Berlin Festival and Bestival at the Isle of Wight.. Bestival has got to be the best festival around right now! They do live by their name, believe me!

IHOS: What are some artists who have influenced your style?

AL: I was listening to a lot of different music growing up and still do. Everything from Loscil and Hammock to early Thomas Bangalter and Plastikman..then of course everything in between, which is pretty much everything in my opinion… Of course it is a matter of perspective. I find it very hard to drop a top five right now but Terrence Parker and Carl Craig would definitely make the list. Lindstrom & Prins Thomas come to mind as well.. Maybe not that big of a surprise I guess!

IHOS: What is the house music scene like in Sweden?

AL: It’s really good in my opinion. Genius of Time, Shakarchi&Stranéus and Axel Boman, just to name a few of my favorites that always tag along in the gig bag! There’s been a lot of focus on those Big Room producers from Sweden lately witch is kind of sad since it’s not really that interesting…

IHOS: I know recently you played the Roskilde Festival with your other noir electro pop band, is your solo project a way for you to explore your personal  interests in house music?

AL: I guess you could say that but it’s also a way for me to do stuff my own way without compromising. I will definitely explore some darker ground in the near future. Deeper stuff really…

IHOS: How was your experience playing for the Red Bull Music Academy back in 2013?

AL: Awesome. Made a lot of friends there. First time in New York but definitely not the last since I have my label Let’s Play House there. Nic and Jacques, who runs the joint, are the best really.

IHOS: Any upcoming releases we should be excited about?

IHOS: Do you have any words of wisdom for budding producers in the making?

AL: Analog isn’t always the best.. To those guys who say stuff like: ¨You can’t compete with the sound of a real 808¨ Yeah, no, thanks, much appreciated, maybe not.. but you don’t have to. Who cares!