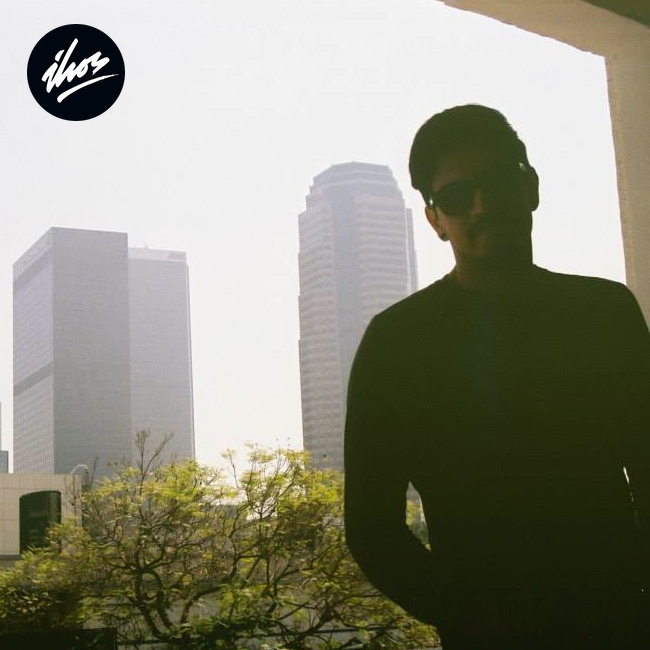 Summer 2014 is here and we here at International House of Sound are excited to introduce you to the second in our mix series which we have dubbed Essential Playlist Material: The Mixes. We will be delivering mixes from some of our favorite burgeoning talents in an effort to bring you those quintessential soundtracks. Second up is Enrique Martinez, a native from the Bay and now an LA resident. He has been making music for two years and he’s going strong with his LA based duo Velcro. The duo formed in 2012; Enrique Martinez and Kevin Ross have unified in underground harmony, representing both the east coast and Bay area.

Relentless, Enrique has launched his solo project: Ricky Tinez –having already released an EP back in May. We welcome Tinez’s mix with open arms. It’s something a little different. The exclusive mix is jam packed in a slew of his own originals. Tinez utilizes thumping & pulsating gritty house beats and samples that take elements and hints from all over the music spectrum. This is real, raw and most of all utterly modern tech house. Sleek, bouncing, intoxicating and deep soundscapes all for your listening pleasure.

IHOS: We discovered you through Velcro, but we’re also a big fan of your solo project: Ricky Tinez. What would you say is the ‘Ricky Tinez sound’?

RT: I’m channeling all the darker less cleaned up sounds through Ricky Tinez. A genre I’ve been calling ‘Basement House’ lately incorporating the dark and raw feelings of music.

IHOS: So how did you come up with your intriguing moniker for both your solo and duo project?

RT: The Duo project was funny, going through random names and one of Kevin’s friends said Spandex, and we thought of Velcro… and it made perfect sense to us realizing how we are trying to capture an older sound but with today’s influence, almost how Velcro was made a long time ago but is still used and molded to work with today’s applications and what have you.

As far as it goes for Ricky Tinez, I wanted to use something as close to my name as possible without using my name, haha.

IHOS:  It’s obvious there is care and attention given to your productions as heard in your recently released Tell Me EP, what is your process of production like?

RT: It’s a hurry up and wait game for my productions, I can blast through the skeleton of a track (main synth, drums, bass, and vocals) in about 45 minutes. but then I let it sit and marinate, and after about a week I’ll go back and add the real flavor and nitpick at it slowly, combing over every 16 bars.

IHOS: From some of your mixes, it seems like you pay homage and draw inspirations from other artists. Who are some DJs you would you like to collaborate with?

RT: I’d love to collaborate with Todd Edwards for sure, we’ve fiddled but nothing serious. as well as DJ Nav, Kool Vibe, Sage Casewell, and Cromie. this list can go on for days!

IHOS: You’ve been a part of the music scene for a while now… what spawned and influenced this interest in music?

RT: I’ve always played instruments throughout school and I used to be in a band a long time ago, then one day I realized how easy it was to make a song on my own rather than try to get 6 people to agree on one thing. Alongside all of this my cousins were big into House/Hard House which subliminally snuck into my life.

IHOS: A few months back you were guest DJ on Scion AV’s Face to Face radio with the legendary Todd Edwards, what was that like?

RT: It’s weird…haha someone’s name I always heard of growing up, while listening to podcasts, and all over the internet just became a good friend of mine out of nowhere. Besides all that it’s probably one of the most motivational things that I can experience.

IHOS: There has been a recent return to vinyl sets with house DJs. Do you mostly work with analog or digital setups when performing live and why?

RT: I prefer to do all vinyl sets, it’s so much fun looking through your bag and seeing some awesome sticker/stamp and knowing that this track has to come next or else. Plus i feel like buying records really focuses the sound I love. If I’m paying $15+ for 2 songs they better be the best things I’ve ever heard!

IHOS: What fuels your drive to make music?

RT: It’s my outlet, I sometimes realize that this is all I know.. all I think about do and read about is music. It’s my natural love. I can’t help it.

IHOS: On your Soundcloud, you offer quite a bit of free downloads. What are your thoughts on free music? And what does it mean for you as an artist to offer free music—good or bad exposure?

RT: Haters made me famous… haha jk, I love putting out music for free. I feel that every time i make a new song I learn more and more. It’s my way of sharing my progress while I continue to learn. Plus sometimes a track will be so sample heavy I’m afraid I’ll get sued or something.. haha